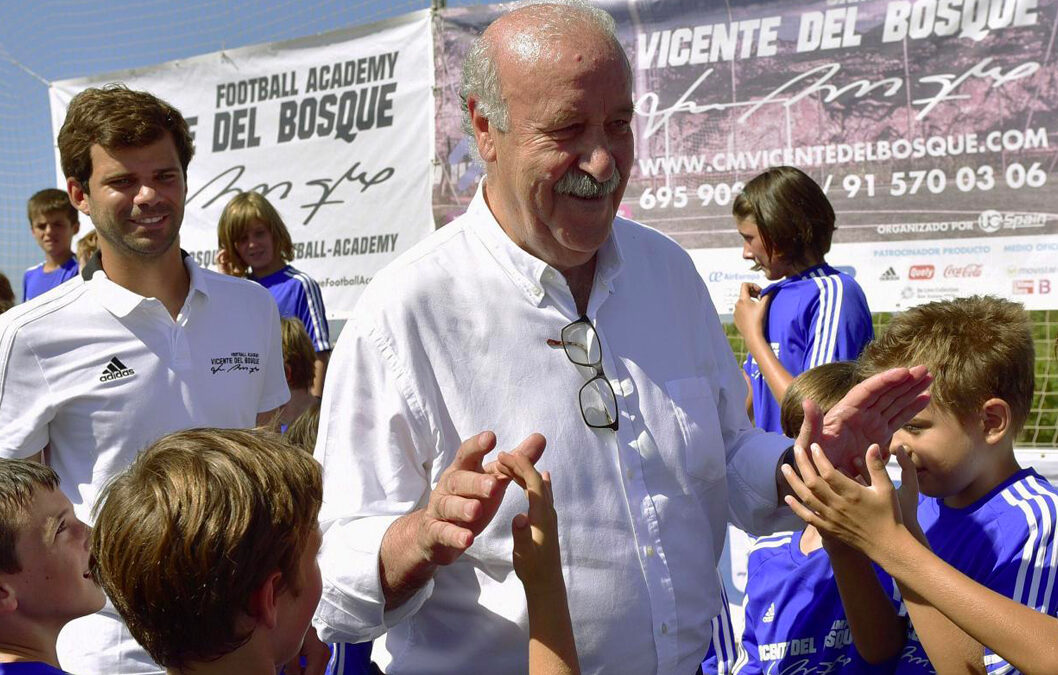 Registration for the Summer Campuses 2023 is now open.

More than 13,500 students of 26 nationalities over twelve editions endorse us. Vicente del Bosque Football Academy has established itself as a concept of education and physical activity that promotes sports and values such as friendship, integration and fellowship.

All information and registration at: www.vicentedelbosqueacademy.com 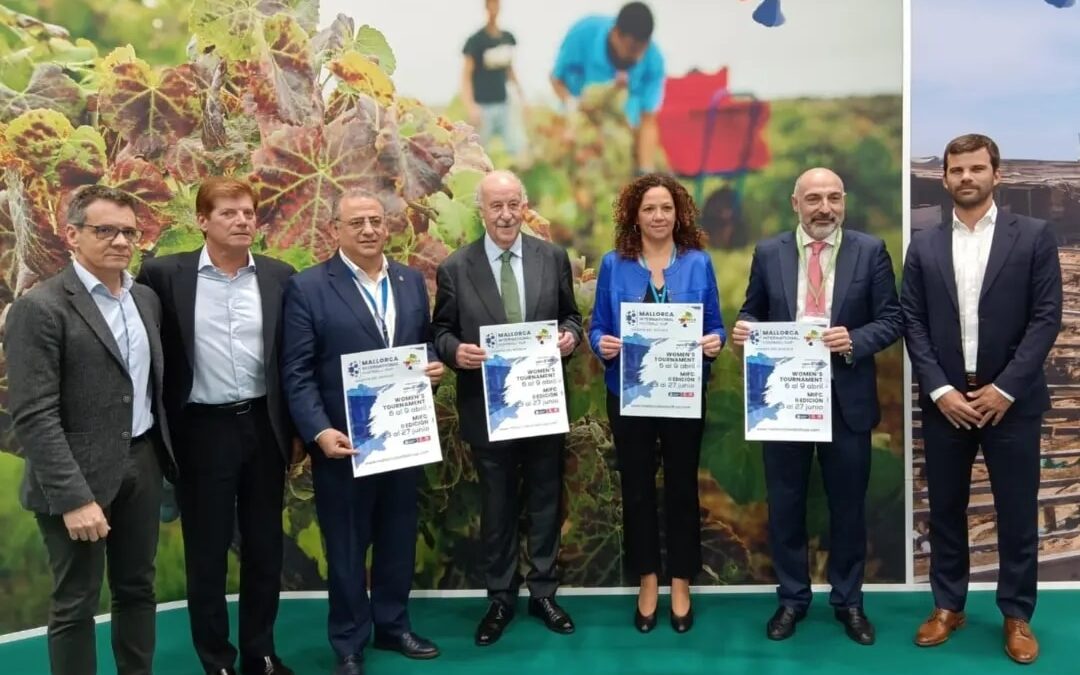 Vicente Del Bosque presents at FITUR, the new women’s tournament and the II edition of the MIFC to be held in Mallorca in 2023

Today, on the first day of the Fitur Tourism Fair in Madrid, Don Vicente del Bosque presented the international events to be held by the Academy in 2023.
He has done so by holding several meetings with the institutions of the Balearic Islands and the Vicente del Bosque Football Academy Management.
The first edition of the Women’s Football Tournament ‘Women’s Tournament’, will take place from April 5 to 9, during Easter, and will mean a minimum of 1,500 overnight stays during 5 days for the municipality of Calvià. The event will include soccer, futsal and integration soccer for people with intellectual disabilities.
The mayor of Calvià, in the meeting, has pointed out the importance of carrying out sporting events like this one, which involve integration and sporting values, and also represent quality products for the Calvià destination.
Vicente del Bosque has emphasized the participation of young people with intellectual disabilities, and what it means for them in their training.
On the other hand, the II edition of the Mallorca International Football Cup Tournament, Vicente del Bosque will be held from June 23 to 27 in Calvià and Palma, consolidating the event with more teams from different international markets. 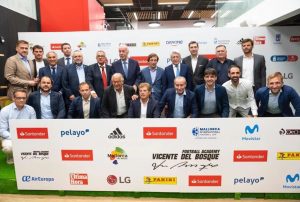 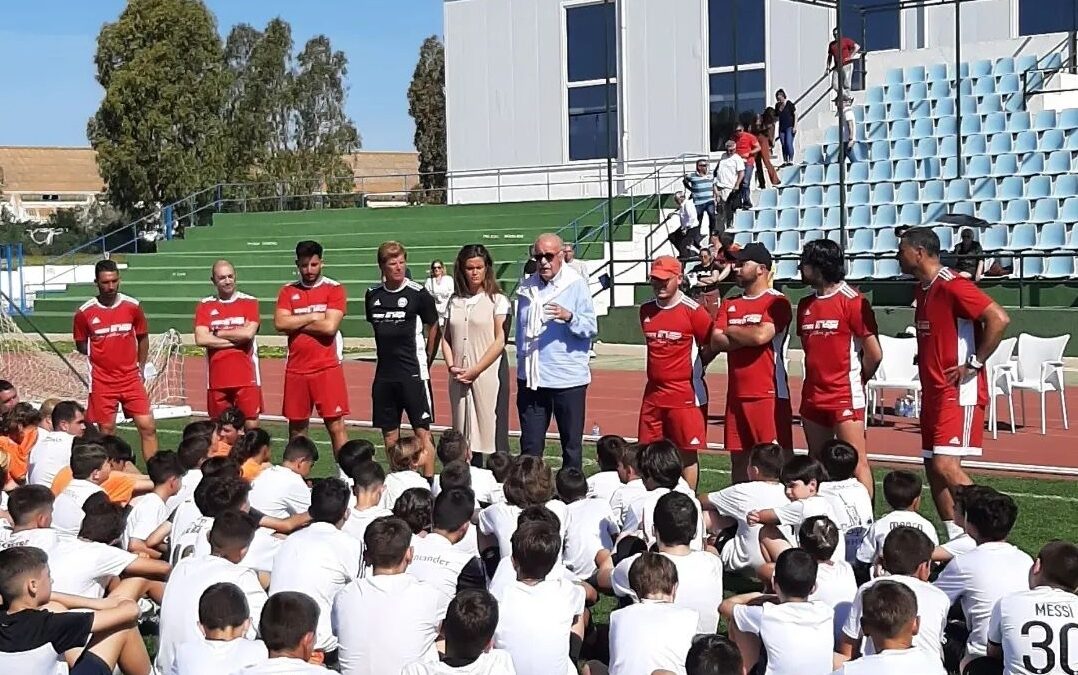 On April 15, 16 and 17, the technicians of the academy together with Don Vicente Del Bosque have held four masterclass days to present the project of the Summer Campus 2022 that will be developed in the province of Cádiz from July 4 to 12 August (5 weeks).

More than 300 children and 40 young people with intellectual disabilities filled the places available to participate in the sessions held at the Rota, Guadalcacin, Torrecera and San Fernando venues. The presence of the mayors of the Town Councils of the agreement, where the summer campuses will be held, partner Clubs, local press and numerous families who accompanied the children during a weekend of sports and integration.

The academy celebrates its second edition carrying sporting and training events in the province of Cádiz.

See you in July and August for the Vicente Del Bosque 2022 Campus in Cádiz. 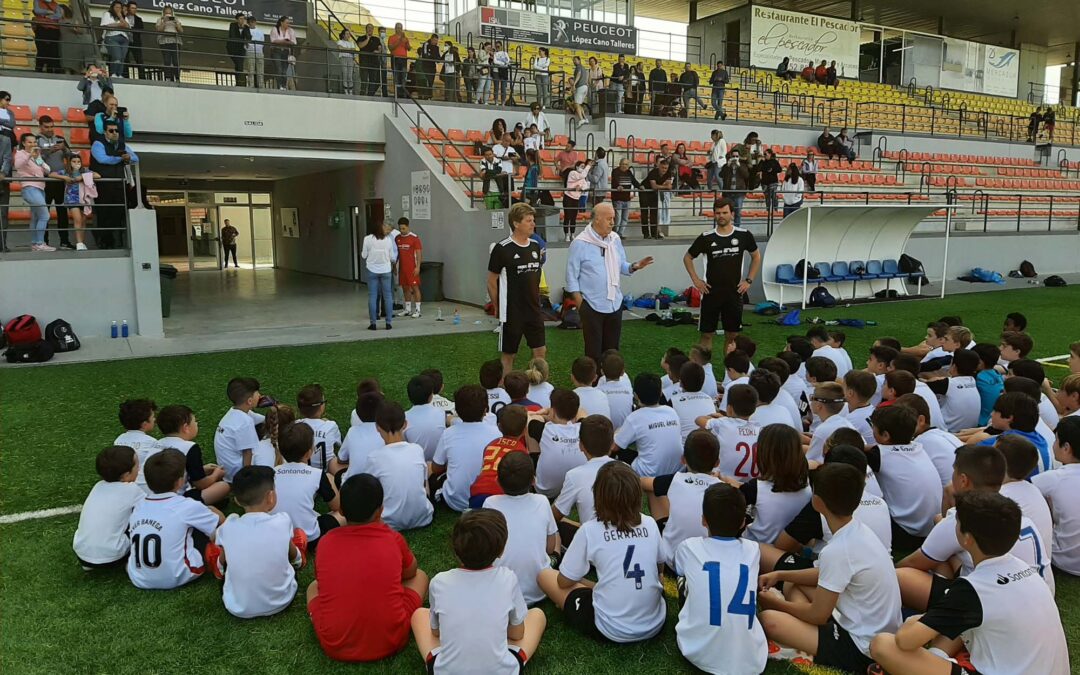 Last Friday, April 15, the technicians from the academy together with Don Vicente Del Bosque, held a masterclass to present the project that will be developed in Estepona from July 18 to 29.

More than 90 young people filled the available places to participate in the day at the Francisco Muñoz Pérez Stadium, which was attended by the mayor of Estepona, the local press and numerous families who accompanied the children during a magnificent morning.

The academy celebrates 9 editions carrying sporting and training events in the province of Malaga.

See you in July for the Vicente Del Bosque 2022 Campus in Estepona.