Don Vicente Del Bosque, coach of the Spanish National Soccer Team that won the 2010 World Championship and the 2012 Eurocup, visited last Wednesday at the magnificent facilities of Ágora Portals, the children participating in the event of 25 different nationalities five continents that have been part of the VII edition of the campus.

After attending the numerous media, Don Vicente Del Bosque has taken the traditional group photography with the boys and girls of the Vicente Del Bosque Campus, which is celebrated for 6 weeks between the months of June and August in Portals Nous and the “Women´s Football Mariona Caldentey & Patricia Guijarro” campus also organized by Vicente Del Bosque Football Academy.

Don Vicente has been very proud that in the last edition of the 2019 Donosti Cup, in which 641 teams from 27 countries participated, the three teams from the Vicente Del Bosque Academy being awarded the UNICEF prize for sportsmanship and values, aspects that are fundamental in this life as Don Vicente said.

Subsequently, he has given the participants in these campuses a magnificent talk of sports training in values transmitting his professional experience throughout his sports career as a player and coach, in which the students could ask about their experience and anecdotes of the selection Spanish to Salamanca technician.

To close the event, Don Vicente Del Bosque signed shirts, balls and boots of the participants and took a picture with each of them. 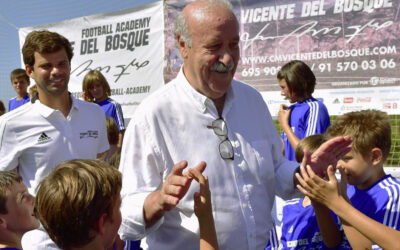 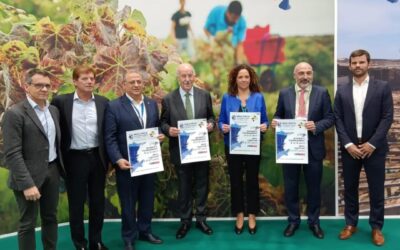